Below is the list of the Monmouth County Swimming Conference Graduating Class of 2020 and 2021.  Thanks to all of you for representing our league and best wishes in your collegiate careers.

Charles graduated from Howell High School in 2020 and is currently attending The College of New Jersey, where he is pursing his Bachelor’s in Nursing.  Charles was apart of Howell High School’s swim team for four years, and served as one of their captains during his senior year.  Charles has been with the Candlewood swim team for four years and is happy that he has been given the ability to swim his last year alongside his younger brothers. 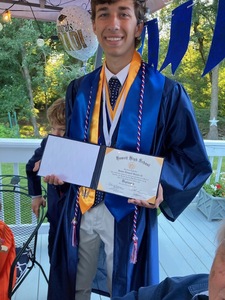 Jimmy has swam for Candlewood for three years. He swam for Howell High School all four years and was a captain his Senior year.  Jimmy will attending Lafayette in the fall on a four-year ROTC scholarship. 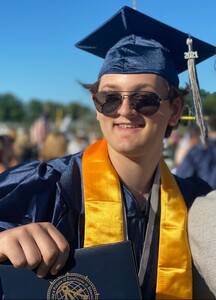 Reilly has been swimming for the Candlewood swim team since he was 5 years old. He is a 4 year high school varsity swimmer, and captain both junior and senior year of high school. Reilly also swam for the Monmouth Barracudas Club swim team for 4 years. He will be attending Rowan University in the fall majoring in political science and hopes to continue swimming for their club swim team along with some of his former Candlewood Sundevils teammates.

Katie is a 2021 graduate of Howell High School. She was a member of the Howell Swim Team for 4 years, has been a Candlewood Sundevil for four years, and has spent three years club swimming. She will attend George Mason University to study criminology in the fall. 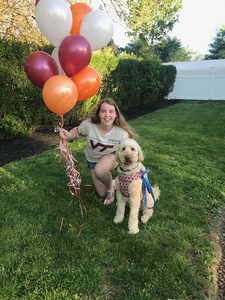 Corinne has been swimming with the Monmouth Heights Stingrays summer swim team since Kindergarten and has been part of the Stingrays coaching team since 2017. Corinne is a graduate of the Marine Academy of Science and Technology where she was a cadet officer in the NJROTC program. Corinne will attend Virginia Tech in the fall and where she will pursue a degree in Aerospace Engineering.